Can you share 1 or 2 success stories of clients you’ve worked with who have followed your approach?

Malcolm tells the story of personalities in collision between various high-level managers in an organisation in the cinema industry, and how his approach to team performance helped to detoxify the environment.

Amber: Can you share one or two success stories of clients that you’ve worked with who have actually followed your approach?

Malcolm: There’s several, but one that springs to mind would be an organisation which is in the cinema industry. There was a team of maybe 60 people altogether and headed up by a guy who had eight direct reports. So he was the head of the IT department, that’s what is called it. And he contacted me because he was having some issues with these people. And he gave me some examples and as many workplaces are these days, they’re open plan. And he described at least two of his quite senior managers shouting at each other in the open-plan office and disagreeing. And so what sort of message does that send to their teams? Not only that, one of those managers also over a period of nine months lost every person in his team. So the senior manager, the head of IT asked me, well, what do I do about this? Because these people are great. They’re great at what they do functionally, but they are dysfunctional as a management team. And as a consequence, their people who report to them are also dysfunctional because they witness this going on all the time. So my approach was to work with them and one of the things that we do is to get them to understand by using a diagnostic tool, what their leadership competencies are. And the gentleman I mentioned who lost all of his team in a nine month period had some of the lowest scores I’ve ever seen. But that creates then for us and for the team, a benchmark of what they need to do to improve and to put things right. So the example there of that cinema group was we worked with that team. We help them to understand exactly why these issues occurred.

And it came down to not understanding each other, different behaviours. The chap who lost his team was very direct. So if somebody didn’t do their job properly, he would tell them rather than asking them how they could do differently and how they could improve. We actually did a workshop on interpersonal skills. One of the key things that helps people to understand each other is the behaviours that they have. And the guy that lost his whole team wrote an email to his boss and said, I wasn’t going to turn up this morning, but I’m so pleased I did because I now understand how I am wired to behave the way I do, but more importantly what I need to do differently. And that was a great success story because then that cascaded through other parts of that business because not surprisingly, that issue was common across the organisation. And it often is because it starts at the top. 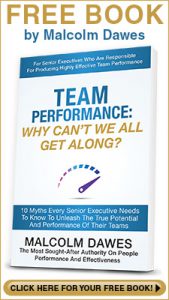