Why can’t we all get along at work? 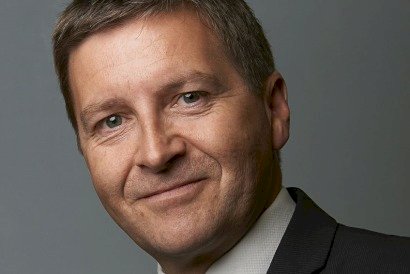 Business mergers and internal restructures can have big impacts on the culture, productivity and performance. So, why can’t everyone just get along? Author and consultant Malcolm Dawes explains where organisations and their leaders often get it wrong.

There has been much research on human behaviour, body language, culture and communication which proves time and again that our behaviour underpins everything we do.

Ironically, though, it seems that few people take much notice of their behaviour in a work environment. Why? Possibly because they feel their behaviour is natural and appropriate; a series of habitual processes that gets them through the day.

Well, at least it is right and natural for them. The issues arise when those behaviours clash with others’.

Consider for instance the differences in the way we talk to each other. Some prefer to make statements: “We should do it like this” or “This is a good approach” or “That won’t work”. Others prefer a less direct approach by asking a question: “How do you think we should do that?” or “How will that work?”

Another example is the way people arrive at work. Some stop at each workstation to engage in a little light-hearted banter, while others walk past their colleagues heading for their desk with scant acknowledgement of those around them.

Both types of behaviour and communication are fine, but obviously different. The challenge is that humans often see those differences as others being difficult or not part of the team.

Every day in the workplace, we see these behaviours at play; behaviours which are often brought into focus by such common business realities as team mergers. Many have been in this situation and witnessed first-hand what happens, and have often been left with both positive and negative impressions.

Consider what needs to be done to make that happen:

Mergers of teams often go off track when communication is poor. The rumour mill goes into overdrive and people begin to speculate. This speculation then becomes “truth” or fake news, if you like. In the absence of exceptional levels of communication, the fake news takes over and people believe it.

The consequences of that can be dire. Performance drops, job satisfaction declines and people withdraw and, in some circumstances, leave.

Whether it is companies or teams merging, what happens once these mergers have been completed can be the stuff of nightmares if not handled properly.

Of course, many of these things can be prevented by excellent change management, communication and high levels of understanding of how people may react in these situations.

Research shows us that when people are stressed and under tension, they have an even greater need for highly effective communication. That only happens when behaviours are understood.

In a study carried out in 2008 by the Chartered Institute of Personnel and Development, it was discovered that poor communication was a causative factor of stress in the workplace. They noted of the 2,000 people interviewed that:

A high-performance team ambition requires more than the hope that people will be grateful for keeping their job and will simply work together. That is not the human condition.

We use our ability to judge, rather than being objective and rational, and if our judgement is such that we believe we don’t fit in the new team, chances are that high performance will not follow.

Another area where behaviours can create some tension is when a person is promoted. How often have you come across the great technician in a role who is so good at their job, that they are promoted to a team leader or manager?

This is commonplace in many organisations. The consummate creative person gets a promotion to ECD, for instance, and then inexplicably it all goes horribly wrong.

It goes wrong because the skill set required to lead a team of people is different to the skill sets vital to their previous role.

Unfortunately, people are promoted without these skills, on the assumption that because they are great at what they do technically and in their current role, they will automatically be a great leader in their new managerial position.

Most of us know, however, that this is not the case, with the newly promoted manager often not understanding how the team interacts with each other and their stakeholders. In other words, there is no alignment of the purpose of the team with its behavioural strengths.

Notwithstanding the fact that the newly minted manager has inherited the bulk of his or her charges, merely replacing those who are deemed not to fit in or those that have resigned does not solve this problem and does not address the manager’s competence, attitude or behaviour.

The cost of ignoring these behavioural dynamics is not only financial, but is often a recipe for reputational damage and low growth.

Poor management competencies and the failure to recognise the complexities and nuances of human behaviour in the workplace is a real issue, and one which companies ignore at their peril.

Malcolm Dawes is the managing director of DTA Worldwide and author of the book Team Performance: Why can’t we all get along?.