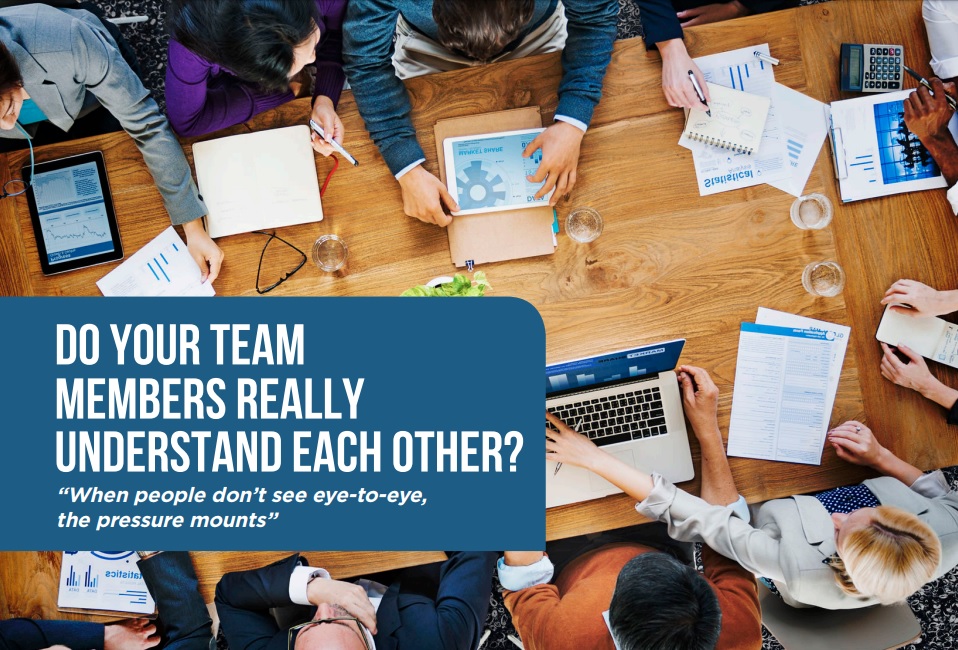 This judgment happens without conscious effort by us. We do it because it is a security mechanism.

There has been much research and books written about judgment. In her book Straight Talking, clinical psychologist Linda Blair explains that our primitive brain knows we need to make a quick decision about any given situation – so it uses judgment.

The consequences of that judgment-making process can be unhelpful. There is a reasonable chance that our judgment works out to be incorrect. If that is the case, we will behave towards the other person based on a flawed, primitive reaction. We may judge that someone behaves in a particular way based on what they wear, for example. We may perceive a certain appearance makes our judgment such that we immediately dislike the person.

That is not helpful when trying to create a high-performing team.

We shouldn’t strive to stop making judgments, however. After all, we have great difficulty in controlling our primitive brain, and we are designed to use that primitive part of our brain as a safety mechanism. However, we can manage what our judgment leads us to think or do. We do that by using skills and attributes associated with understanding people at a deeper level.

In reality, at the workplace when people don’t see eye-to-eye, the pressure mounts. Pressure comes in many forms, some of which may be familiar to you and your team. There may be pressure from senior management for better performance, cuts in costs, increases in productivity, higher sales – the list goes on.

This may manifest in verbal exchanges which at best are uncomfortable, at worse demanding or even threatening. Often the pressure on the executive comes from an even more senior executive. This is then passed onto the team. Tempers fray. People who don’t understand how each colleague behaves under

pressure will find working together an even bigger challenge.

The senior executive makes demands on the team which, in turn, passes pressure on to each individual. Cries of ‘you should try doing my job with the lack of help around here’ can be heard (metaphorically perhaps) around the office. Accusations of people not supporting each other and the business failing gets discussed. People go home and complain to their family and friends (or the cat).

A Basic Knowledge of Colleagues is Not Enough

Friction between colleagues is usually due to the two protagonists not understanding how to put their point across. Here is an example I recently witnessed in a major organisation.

Under pressure for improved performance, one manager came up with (what he thought) was an improved method to measure salespeople and their performance with customers.

Aaron didn’t like the idea put forward by Zac. He thought that the existing system of measurement was fine. It didn’t need any change. Zac, however, insisted that his idea was a better option, so much so he enrolled the assistance of his boss to get the new idea adopted.

That was like a red rag to a bull. What do you think Aaron did? Of course, he went to his boss. That person happened to be Zac’s boss’s boss. Guess who won the battle. Aaron did.

Why did that situation arise – simply because Zac’s behavioural approach did not appeal to that of Aaron. Zac wanted control, to exhibit the authority of his position and expertise. Aaron wants to be respected for his expertise and attention to detail. Zac’s direct, fast-paced approach caused friction with Aaron’s more pragmatic, slower-paced and meticulous preferences.

Given a different communication style by each player in this scene, the outcome could have been beneficial to both, as well as the business. Instead the situation escalated, time and money were wasted, and pride
was dented.

This type of friction gets noticed by others in the team (or elsewhere in the organisation). It certainly

did in the example above. People begin to talk behind closed doors about the way things were being handled. Conflict leads to confrontation, which in turn significantly reduces productivity. Left unchecked, this leads to ongoing conflict – people won’t work together, and absenteeism increases and workload along with it. Increasing workload puts greater pressure on the team, the manager and the manager’s manager.

Does this sound familiar? If it does, you are not alone.

Malcolm Dawes is the most sought-after authority on people performance and effectiveness for senior executives who are responsible for producing high-functioning teams. For over 30 years, Malcolm has experienced first-hand the struggles that executives face with accelerating the performance of their teams. He has been engaged as a performance expert by large multinational companies around the world such as Lloyds Bank, Pfizer Pharmaceuticals and Sony Consumer Electronics, as well as many small and medium businesses.

In Team Performance: Why Can’t We All Get Along? Malcolm dispels 10 myths that many senior executives have about unlocking the true potential of their teams. He highlights core issues of human nature and shows how understanding behaviour as a leader and coworker is the key to team effectiveness.

To order a copy of Team Performance: Why Can’t We All Get Along? visit www.FreeTeamPerformanceBook.com.au 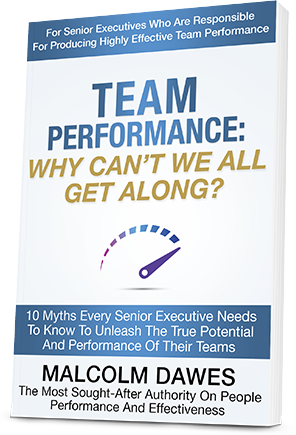